That’s right, these little Italian guys aren’t your typical grilled cheese sandwiches—they’re eggplant sandwiches. Instead of bread, we’ve got breaded eggplant snuggling up with juicy tomatoes that have been cooked down into a quick sauce with sweet onions and garlic and fresh herbs, and of course, cheese, delicious cheese, in all its hot, melty glory. 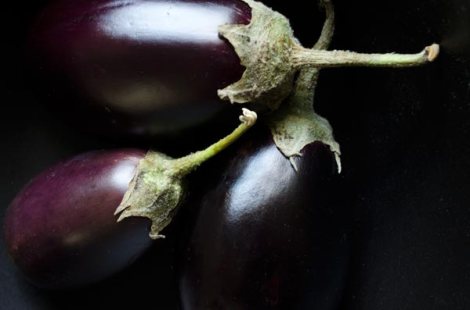 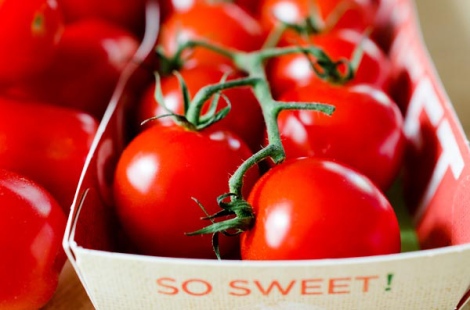 You might think of these as a kind of miniature quicker, snackier eggplant parms. Way easier, too—an added bonus for those of us that love to eat it but don’t love spending hours cooking, frying, assembling, and baking… and then waiting. So much waiting. Have you ever made eggplant parm? Maybe not. But have you eaten it? More of you have probably eaten it than made it because guess what? It’s so, so delicious, but it. takes. for-ev-er! And most days (all days?), we don’t have that kind of Italian-grandma patience.

So, how nice to not spend hours upon hours in the kitchen and still get something oh so similar, and just as—possibly more—amazing. Instead of a tray of eggplant parm, which can be too heavy, too soggy, and as mentioned, too labor intensive, you wind up with a perfect package of vegetables and cheese, fried and gooey, packed up together so nice and neat… well, sort of neat. At least it starts out that way. But once you dig in, things get delightfully messy. Which is just fine with us.

You could certainly wrap these up in parchment for a way above average on-the-go lunch. Or you could serve a stack as an oooh-inducing, hearty appetizer. They’re perfectly sized and assembled to be eaten out of hand, after all. But these sandwiches also make a fantastic main course, served with a salad or vegetables on the side, for any lunch or dinner. They’re filling, warm, and super delicious. What more could you want from your meal on a late October day? 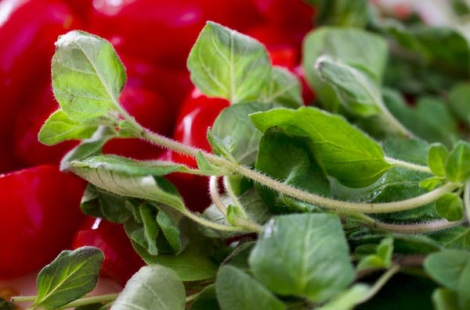 And as with so many of our favorite recipes, though the end result looks, smells, and tastes just as good as you could hope, the making is incredibly easy. Actually, there isn’t even really a recipe. It’s more of an assembly list. We have general guidelines for proportions and steps, but like making any other kind of sandwich, everything is pretty loose and can be personalized, increased, decreased—whatever you want or need.

Our sandwiches get suited up and popped in the pan fast as can be. And after just a few minutes of frying, they can go right on your plate (or hand) and into your mouth the moment their cool enough to handle… which is a key part of the equation that we often skip in our excitement, even for as short of a wait as these sandwiches require. A thought process, or lack thereof, to be immediately followed by the “hot! hot! hot!” song and accompanying dance—our version involves lots of hand waving, audible exhaling, and occasional hooting.

So if you can manage to wait a minute or so in between these sandwiches leaving the pan and giving them a try, well done you.

We’ll be over here making our eye-bulging WHY DO I ALWAYS PUT TOO-HOT CHEESE IN MY MOUTH faces, but loving every bite. 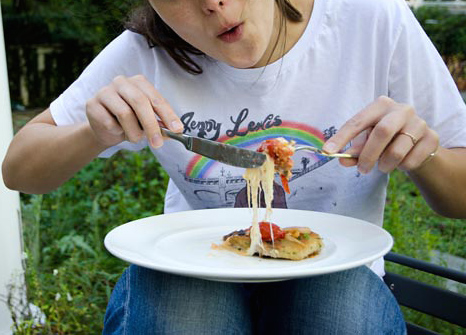 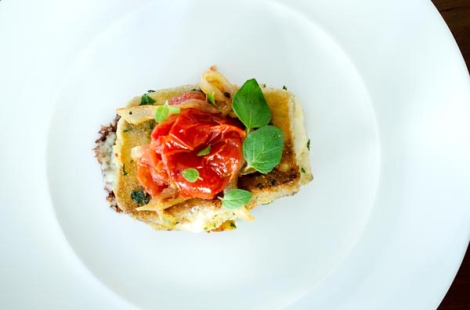 As we mentioned above, this is another one of our dishes that doesn’t really have an exact recipe. Because of that, we’ve ball-parked what we generally do here.

We used cherry and mini San Marzano tomatoes but plum tomatoes cut into quarters will work just as well. If you can’t find great fresh tomatoes, you could even used whole canned cherry or plum tomatoes—just drain off the liquid and squeeze out the seeds. You can also swap out the cheese we used—Fontal—for mozzarella, if you prefer.

The “recipe” can also be easily adjusted depending on how many eggplants you want to use for however many people you’re serving. 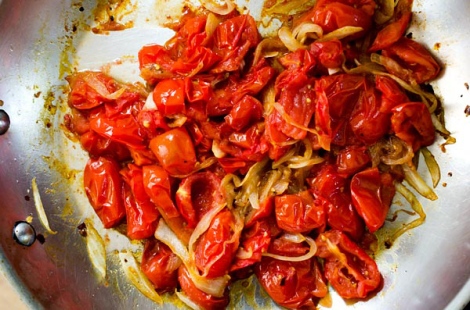 * Heat up your oil in a sauté pan. When hot, add the onion, red pepper, pinch of salt, and several grinds of black pepper. Give it a stir and cook until softened but not brown.

* Add the garlic. Sauté until fragrant.

* Add the tomatoes and cook for about 15 minutes until most of liquid to evaporates—this will keep the eggplant sandwiches from getting too juicy and then soggy.

* Remove from heat and use!

* Cut each eggplant slice in half horizontally—if you can, don’t slice all the way through to the other end, leaving the two sides attached—so that you can tuck your cheese and tomato sauce inside.

* Put a few pieces of Fontal, some of the tomato sauce, and some oregano in between the two halves of the eggplant slice so you have a sandwich. Repeat with the remaining eggplant slices.

* Dredge each sandwich in the flour, dip into the beaten egg and then coat it with the breadcrumbs.

* Over medium heat, add  2–3 tbs of olive oil to a sauté pan or cast-iron pan, and heat until hot but not smoking.

* Add as many eggplant sandwiches as your pan will comfortably hold. Don’t overcrowd or they’ll be hard to turn and will fall apart easier!

* Fry on both sides until the eggplant in nicely browned, cooked through, and your cheese is melted.

* Serve hot with additional sauce and a sprinkle of fresh herbs. 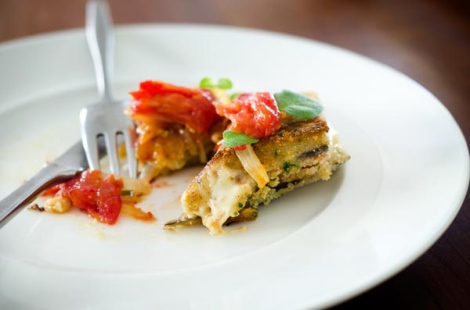 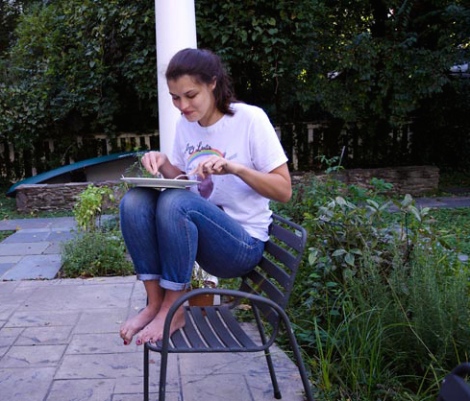 Looking for something else? Poke around!

Just What You’re Looking For: